Mike Hinge on Feeding Everyone in a Disaster

Michael Hinge is a Senior Economist at ALLFED, a non-profit whose mission is to help create resilience to global food shocks. 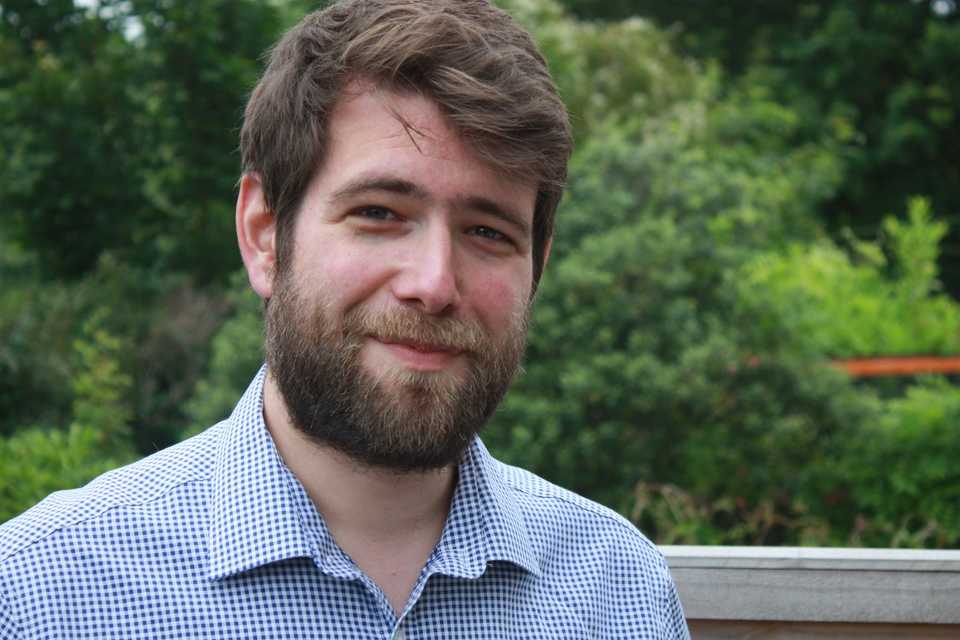 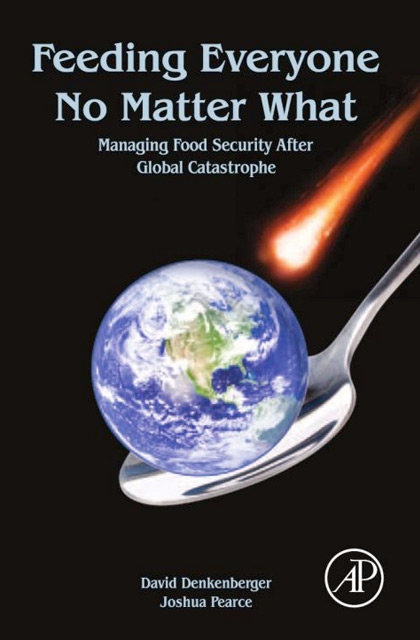 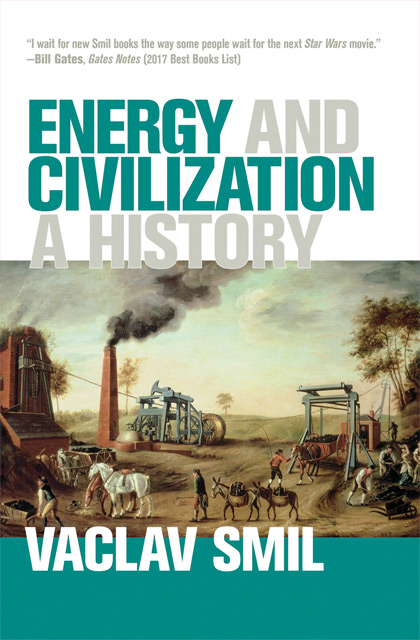 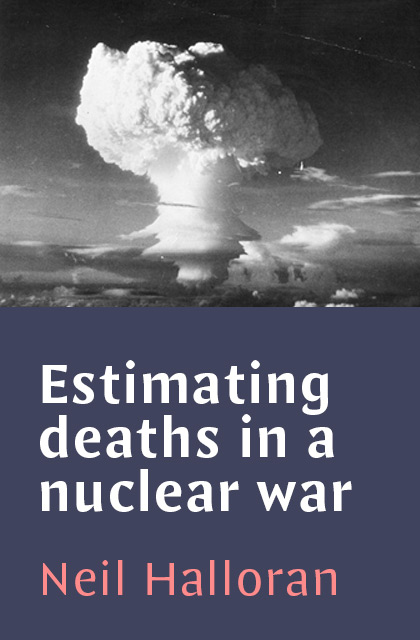 For example, climate change [...] the average shifting can be a problem, but you can take efforts to adapt around that. You can replant different crops and farmers [...] are quite good at doing so. But nobody can deal with [extreme variability], for example, getting huge amounts of rain or no monsoon, depending upon the year.

[Luca:] What seems really key here is that the shocks are kind of global in nature, so that they can't be smoothed out by trade. And that they're like very abrupt, so that we can't just mitigate this through more gradual processes, like adaptation, or kind of like incremental, like tech advancements and stuff.

At the more extreme end, we then come into what we call a loss of sunlight event. So that can have three primary causes: nuclear winter -- so that is a nuclear war throwing a large amount of burnt material, particularly soot up into the upper atmosphere --, super-volcanoes or a large asteroid impact. And of the probability it seems that nuclear winter is the most likely.

Coupe in particular was the paper that allowed us to start to do our work because Coupe sp provided the data on a GIS basis. So effectively modelling a large amount of weather data as accurately as possible as a grid pattern [...] Basically, almost like a chessboard, you've divided the earth up into little cells. And your weather system is now modelling each cell and working out, for example, average temperatures, average precipitation, so you can compare before and after. Applying this to crop models, we can then start to come up with projections of what will happen.

A full scale nuclear exchange between two parties engaging in significant counter strikes could lead to 150 teragrams [...], so this would be around eight degrees [Celcius] of cooling. [...] The JGR paper varies year to year, but it can be as low as 10 to 20% of current output being produced [post-nuclear-winter] based upon crops in their current location.

So after an injection of 150 teragrams of soot spread around the world, Year 1 will see disruptions to its harvests, but still seeing some growth. For example, I believe grass drops to around 60% of [pre-existing] growth. But Years 2 and 3 are the most severe. So that could be 80-90% losses of plant growth. And from there we gradually start recovering, so that by around Year 10 and 11 we are approximately back to the start point. But I should say, beyond ALLFED's work in feeding people, this would be extremely catastrophic. Many ecosystems rainforest, for example the Brazilian rainforest, is not designed to take an eight degree shock. So this would be this would lead to extensive extinction around the world. It would be a really huge event.

Effectively to cut through all these numbers that I've been throwing out, we need about 1.8bn, maybe, 2bn tonnes of food on a dry caloric basis to feed everyone. And post disaster in a severe sunlight blocking event, we only have about 0.8bn per year. [...] This is our challenge. How can we produce the difference? And how can we produce the difference effectively from standing start?

Things we are considering are "Is this technology deployed today? Is it proven to be human edible? What is the palatability? What is the transportability?". [...] And where we believe [a technology] could be promising but isn't at this stage yet, we're looking to move it forwards with commercial partners. Because potentially going from 0% to 1%, could be as difficult as going from 1% to 99%. So the initial deployment of these technologies is key.

We can model this as much as we can, but there will be things we will miss. There will be friction as the plan develops -- every plan suffers from this. So we need it to be able to fail gracefully. And the more resilient foods we can find that are plausibly credible, the more research we can do to prove their credibility and build capacity beforehand, the more slack we have, and the more that can go wrong while still people are fed.

The order of magnitude is approximately 10 to 100 million for US dollars, to launch a test project pilot for industrial foods. And if that works, then you're ready for commercial and the private sector can take over.

It used to be that 85% of human effort went to producing food, now it's something like 4% percent of GDP, and very little of that is the primary food -- it's mostly coffee, cash crops, cotton, these kind of things.

It sounds odd, but Britain is, in fact more productive in most years of growing sugar per hectare than Brazil,

[Luca:] When I was reading the book, one of the statistics that really stood out to me was that I think at the moment we are producing, correct me if I'm wrong, like 3.3 Giga tonnes of food. And yet, if we just kind of accounted for food efficiency and food waste in the light, then we could get this up to 4.4. So really, we're like, losing almost a quarter of the food that we're like potentially producing just to inefficiency and waste in the like.

Depending on how you measure it, we [currently] produce enough food to feed about 21-ish billion people. But not everyone goes fed, even with 7.8 billion or whatever we're at at the moment. So it's a necessary but not sufficient condition to just produce enough food.

Currently, the buffer has fallen on the poor as well as animals. So for example, if the price of beef goes up by 30 40%, that doesn't necessarily cut beef demand enough for the poorest to cope. And this is one thing where we haven't done the full modelling yet. This is a follow up paper that we're going to try [...] where we're trying to look at elasticities and the food systems around affordability.

[We estimate that post disaster] it may cost around 53 cents per day to get minimum calories, about 67 cents per day to get sufficient nutrition, and about $1 a day for the average basket diet. So this is broadly affordable for many people, but won't be affordable for everyone. The FAO classes income maximum spent on food at 63 cents. So that would put extreme pressure on households. About 1.2 ish billion people couldn't afford that threshold.

Countries trading and specialising and just helping each other is the only way. We could still produce enough food it seems in these disasters. But without cooperation, that becomes almost impossible. And it seems, for example, in the most recent disasters, we've seen, cooperation has unravelled fairly quickly.

The time delay may be the key problem and ensuring cooperation. For example, if the tropics have lower food stock and require seeds and fertilisers from the Global North. And then in turn, [the tropics] will grow the food and produce far more food with all these inputs than the global north could ever do within their own territory, but then there has to be trust that some of this food will be returned.

Our first integrated model is a global system assuming for cooperation -- that's obviously an abstraction. But from this, we can start to pick out countries which are uniquely vulnerable, or countries that are uniquely well positioned, if they just had a bit of support. So you can start to form partnerships.