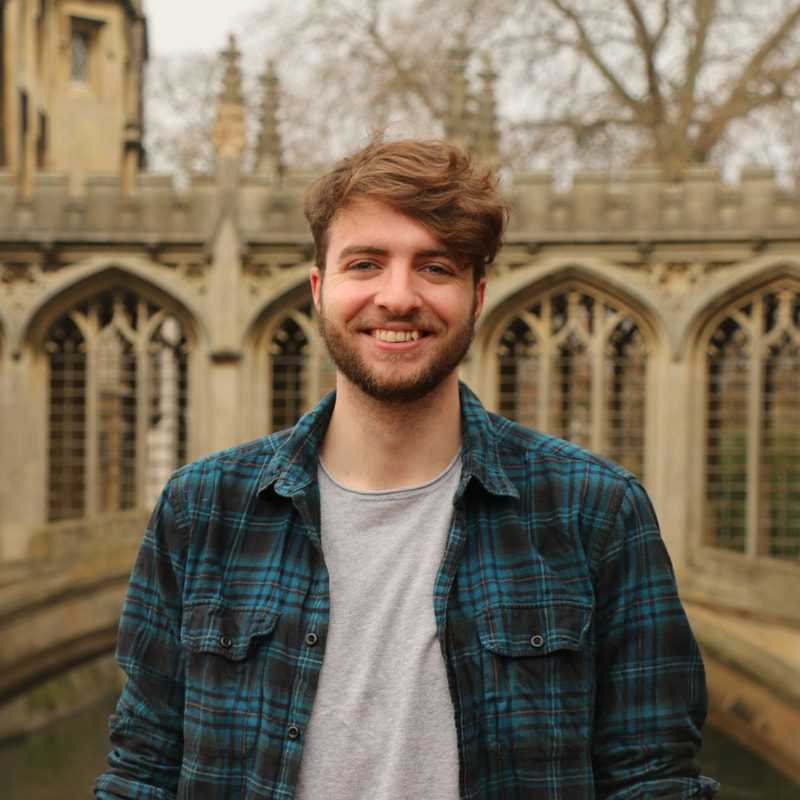 Tads is an undergraduate economist at St John’s College, Cambridge and current Director of the Cambridge Development Initiative. His dissertation looks at how behavioural economics can help explain patterns in gym membership.

We begin by discussing what economics assumes by rationality and how behavioural economics shows this may not be realistic. We then discuss the seminal paper by Della Vigna & Malmendier on how people are “paying not to go the gym”, how their evidence compares to his own and how he is looking to develop this phenomenon further. We then explore what implications behavioural economics has for public health policy, such as vaccinations and medication adherence, as well as nudges more generally.

Behavioural economics began with the work of Daniel Kahneman and Richard Thaler. For general introductions see their respective book "Thinking Fast and Slow" (2011) and "Nudge" (2009). An excellent online resource can be found online here.

[03:20] When discussing how people may behave irrationally it is important to understand what economists mean by 'rationality' in the first place. A simple guide to this is produced by the Ecnmy project here, a more advanced discussion can be found in Hammond's (1997) article "Rationality in Economics".

Rationalityforeconomistssimplymeansthatwhenyoumakeachoiceyouwillchoosethethingyoulikebest
. This is very different from the way we normally think about rationality. Usually, when we talk about rationality we use it to mean sensible, or reasonable.
Toeconomistsaslongasyouredoingwhatyouwantgivenyoursituationyoureactingrationally

If an agent is rational we can write this as a utility function to be maximized: max∗x∈X∑∗s∈Sπ(s)U(x∣s).

[11:50] In our discussion we also touch upon the famous 'Dunning-Kruger' effect, which states that "those people who are least competent at a task often incorrectly rate themselves as high-performers because they are too ignorant to know otherwise." For more information on this, DecisionLab is a great online resource.

[15:00] Our discussion is framed around Della Vigna & Malmendier's (2006) paper "Paying not to go to the gym". We look at four trends they find that do not fit the 'rational' homo economicus predictions:

[22:30] two proposed theories attempt to explain this irrational behaviour. The first is that people have non-standard beliefs and consistently underestimate how much they will use the gym. The second is that people initially underestimate how difficult it is to cancel membership, as in the US this is purposefully so and people have to do so in person.

[27:07] We briefly go on a tangent about the difference between natural experiments, randomised controlled trials, and lab experiments. The latter offers several benefits but also challenges, such as the Hawthorne Effect, the John Henry effect, and relying on WEIRD participants.

[32:58] Tads own research attempts to see if these findings are replicable using a larger sample from a US gym chain and the Caltech gym. Doing so he finds that Della Vigna & Malmendier were indeed correct:

[43:12] The next step is identifying whether we can explain what differentiates sophisticated agents from those who are 'naive'. [As this is still a work-in-progress we will try to upload his dissertation once completed/published. Until then please see his presentation for more details!]

[47:37] There are many lessons that public health can take from behavioural economics. For an example related to vaccinations see Milkman et al (2011); for a more critical take see Loewenstein (2012)

[52:25] Some people have argued that by making drugs/treatments free people will go on to undervalue them. However, much research has shown this not to be the case. For an article see J-PAL's website; for the original academic article see Cohen & Dupas' (2010) "Free distribution or cost-sharing?"

[53:25] Many public policies have unintended consequences. For example, Gneezy & Rustichini (2000) find that people treat "A Fine is a Price"