Dr Toke Aidt is Director of Studies in economics at Jesus College, Cambridge; and director of the Keynes Fund. We begin by talking about why some economists have argued that political corruption can actually be a force for good, or at least a lesser evil– before Toke explains why he believes this view does not hold up to scrutiny. We then explore other models of corruption, particularly the idea that it can be self-reinforcing and what role culture might play. We covered a lot of ground in this episode: from the existing literature as well as Toke’s work. This write-up summarises our conversation and includes links and references for more information. 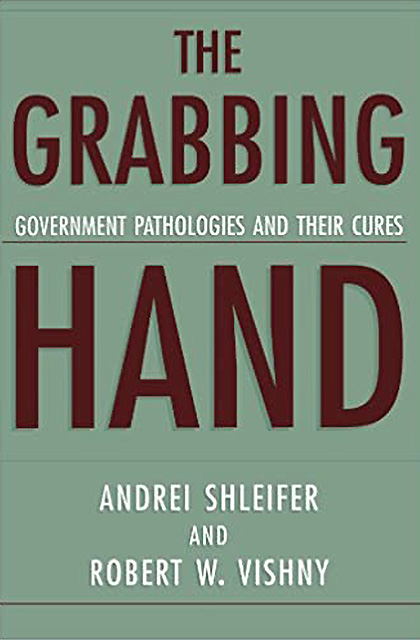 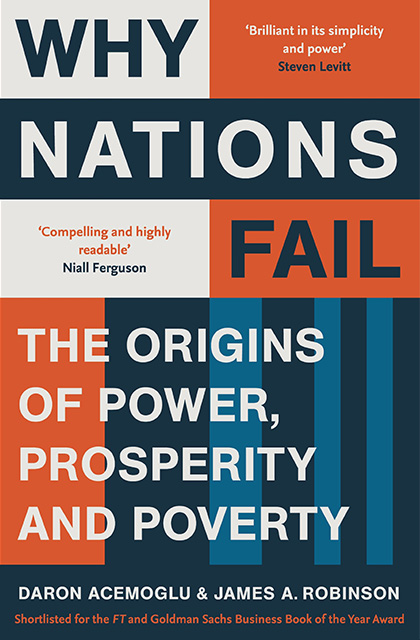 Can corruption be good?

Corruption is almost synonymous with bad, broken government. However, in political economics several prominent academics have proposed theories for why corruption may actually increase social welfare. We explore these counter-intuitive models and see if there is any evidence for them.

Suppose that you live in a country where the government is frequently incompetent and creates a lot of bad laws that hurt the economy. In such cases, having a corrupt bureaucracy that is prepared to undermine bad policies can act as a fail safe. This was first noted by Leff (1964) who found a stark difference in outcomes between Chile and Brazil when they both introduced price freezes: Chile's fairly honest government implemented this policy and thereby created huge stagnations in production; Brazil's fairly corrupt agency sabotaged the policy and thereby actually made consumers better off.

This argument is obviously very controversial but it has sparked a huge amount of research by other academics to try and see if corruption might 'grease' the wheels. One of the most famous models that emerged from this is Lui's (1985) queue model. Consider the following example:

In economics this is known as a covert auction where corruption effectively introduces a price mechanism where the government decided to remove it. And prices/auctions can be really good at rationing out resources in short supply to those who need them the most. This is closely linked to what is known as the Coase Theorem (see also McCloskey's take on it), which shows how under the right circumstances bargaining can be a very powerful tool create 'Pareto efficient' outcomes. 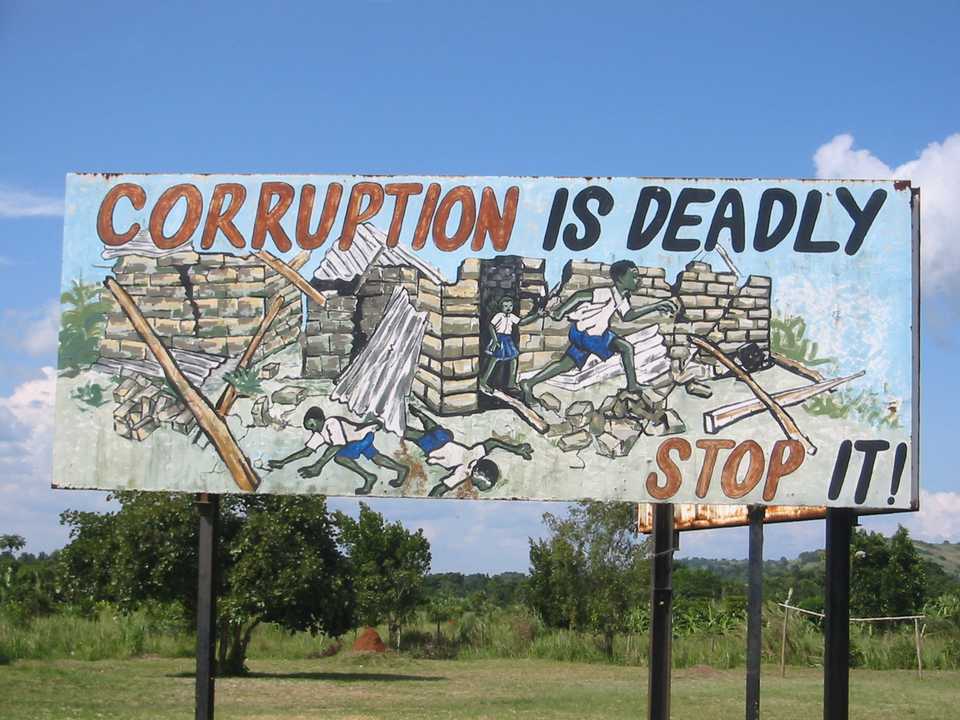 Aidt shows there is little evidence for efficient corruption

The 'fallacy of efficient corruption'

Further criticisms of the queue model include:

Indeed, there is a huge amount of micro-evidence suggesting that businesses do not benefit from paying bribes. For example, Djankov et al. (2002) find a strong correlation between hurdles to set up small start-up firm and corruption. Likewise, Fisman and Svensson (2007) use a survey of Ugandan firms to show a 1%-point increase in the bribery rate is associated with 3%-point reduction in firm growth.

Corruption as the lesser of two evils

So far, we have shown there is a strong case to think that corruption cannot be beneficial on its own. However, some have argued that it might still be less costly to tolerate it than to try and eliminate it.

To explain this argument, we use a simplified principle-agent model. A principle-agent problem occurs when one persons makes a decision on the behalf of someone else but has a different goal in mind. In our case, the government (principal) wants to collect taxes but the bureaucrat (agent) wants to maximize their own income. This can create conflict. The government (principal) is wants to collect taxes and pays the bureaucrat (agent) a wage w to do this. The corrupt bureaucrat goes to collect taxes and finds out they are worth π. She now has two choices: be honest and hand them to the government or lie and tell the government there weren't any, keeping them for herself. Of course, if she lies there is a probability p∈[0,1] (between 0 and 1) that she is discovered and fired, losing her wage. What happens?

Don’t worry if you don’t understand all the math here– the idea is also explained by Toke in the episode! For a much more comprehensive but still understandable model as well as this argument's limitations, see Shleifer and Vishny (1993).

Intuitively, paying people to stop being corrupt has a huge opportunity cost, as this money could be spent elsewhere. Moreover, Murphy et al (1993) also note this has the unintended consequence of misallocating money: If being corrupt pays an above market wages this attracts people who would have been productive elsewhere. Instead, the government will find the optimal level of corruption (and bureaucrat wage) that balances out the trade off between more tax collection but also higher cost.

So far we have discussed corruption in terms of a single bureaucrat, or better a mass of bureaucrats acting independently. However, in practice it is clear that one person's decision may affect another, known as strategic complementarities. For example, It is harder audit corrupt officials in societies where it is more prevalent or the moral cost of being corrupt depends on behaviour of colleagues. This can have important consequences.

Let us think how a corruption trap works in practice. Imagine we begin in a high equilibrium H where everyone is corrupt. The government increases its anti-corruption efforts and some people switch to being honest. But a lot of corruption remains and the detection rate is fairly low. It is hence profitable for at least one honest person to switch back to being corrupt. This lowers the detection rate even further and another honest person switches back too. This repeats until all our hard work is undone. It is infeasible to gradually reduce corruption over time.

Aidt (2003) notes that this may create multiple equilibria and self-reinforcing cycles [this also gives an excellent advanced overview of the literature]. Consider two different worlds: 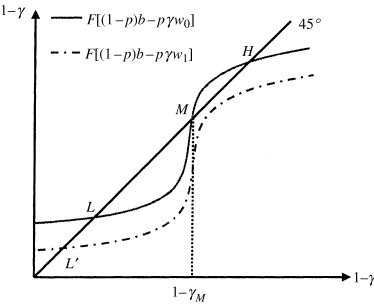 If we are in world H, this makes fighting corruption very difficult. Any nudges along the line will be self-defeating as the reinforcing cycles just push us back to where we began. The only solution is a a 'big push' i.e. escape all the way up to M or eliminate high equilibirums all together (see dotted line). What this means in practice has been shown by Skidmore (1996): a drastic change in corruption attitudes and huge punishments for those caught was the only thing that could eliminate entrenched corruption in Hong Kong in the 70s.